Daily tours to Meteora – with transfer 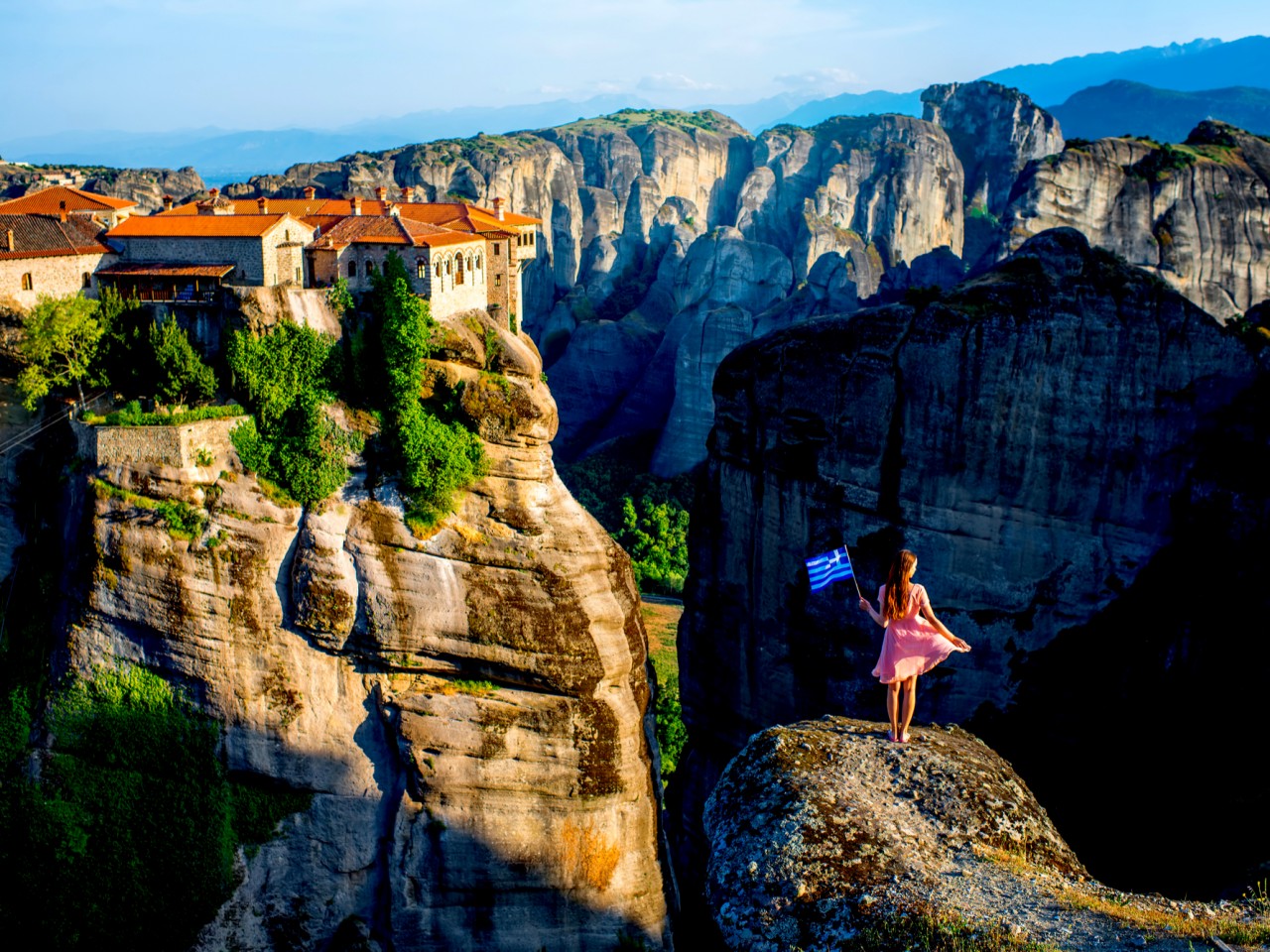 Overview :
Meteora is a must-see place in Greece, as it is a unique geological phenomenon, located in central Greece, next to the city of Kalambaka. The huge natural rock towers found there are home to 14th-century cliff top monasteries built by Eastern Orthodox hermit monks who settled in the area in the ninth century and began living in the caves and fissures of the rocks. Meteora is one of the largest and most precipitously built complexes of Eastern Orthodox monasteries in Greece, included in the UNESCO World Heritage List. Today remain six monasteries out of the twenty built in the rocks of 400 and 600 meters high. Meteora, which literally means in Greek “middle of the sky” or “in the heavens above”, with its breathtaking landscape and its religious atmosphere will give you the change to witness the ascetic life, offering you a unique insight into the country’s spiritual customs through your visit to its remaining monasteries.So if you want to get a taste of this holy place and feel its spiritual atmosphere while also witnessing the greatness of nature,Meteora is the right destination for you!

What to expect :
Our day trip to Meteora begins really early in the morning. The estimated departure time is 06:30 depending on the pick-up place. On our way to Meteora we will make one for breakfast. In the meantime on the bus, the guide will take advance of the time and will give you important information concerning the history of Greece from the ancient time till now. On our arrival to Meteora, our specialized guide will take care of your visit there explaining the history of the creation of the rock monasteries, the life of the monks and the unique wall paintings and icons, which are kept inside the monasteries and are characterized by UNESCO as a unique phenomenon of cultural heritage. During our stay we will visit two monasteries, one female and one male. We will have the time to explore the place and take as many videos and photos we want. On the way back we will make a stop for lunch in a Greek tavern. The estimated arrival time back to Halkidiki will be at 20:00.

Highlights :
• enjoy a day trip to Meteora, one of the most visited places of Greece
• explore the extraordinary beauty of the monasteries built on huge rocks from the Byzantine times
• discover the stunning landscape of these UNESCO World Heritage-listed monasteries with the breathtaking view
• witness the religious traditions of Greek orthodox monastic life
• great photo opportunities